Christmas In April: Building Communities One House at a Time

Brother Don Myles cleans out the weeds
When the chill of winter breaks into Spring every April, the Brothers of Gamma Pi chapter take to the outdoors and help a local community member rehabilitate their home. Making homes that are in need of repair more livable is Gamma Pi's way of contributing to the local "Christmas in April" initiative in Prince George's County. From fixing plumbing to installing drywall to painting and paper hanging, Brothers put in a 12-hour day at a local residence with lots of blood and sweat followed by the tears of joy from homeowners who rejoice at having a new home once Gamma Pi has finished its work. In many cases, the homes selected for the annual "Christmas in April" project are barely habitable.

One of the more interesting aspects of  "Christmas in April" is that while the men of Gamma Pi represent a wide variety of professions and leadership positions in the greater community, many have no trouble displaying their "hidden" talents that involve working with their hands and muscles.  For that one day, a doctor is a carpenter's helper, a lawyer is collecting and hauling away refuse, and a business executive is holding a two-by-four while a retired educator is bashing a nail into the board with a hammer.  Gamma Pi men, like all Omega men, are good at finding a way to do what it takes to get the job done. Gamma Pi men are resourceful and creative and it rises to the surface during "Christmas in April." 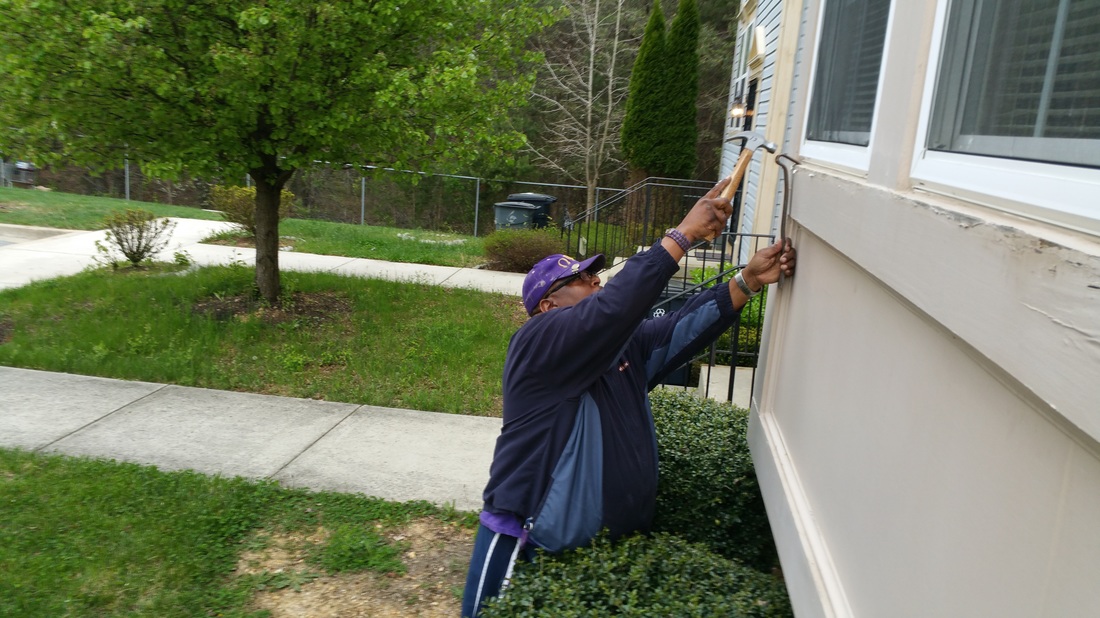 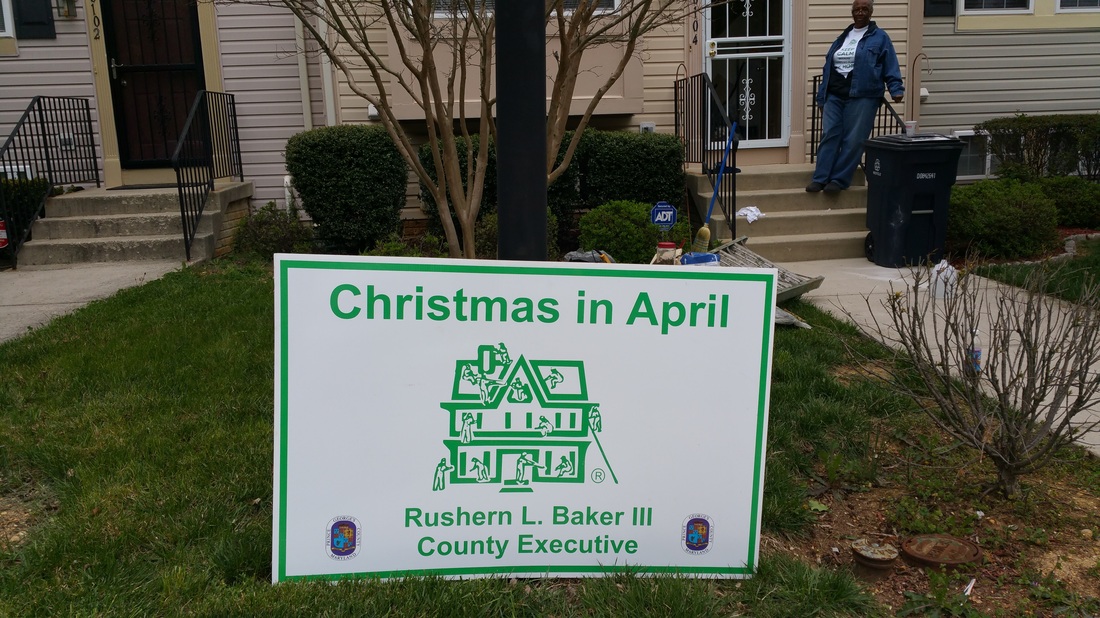