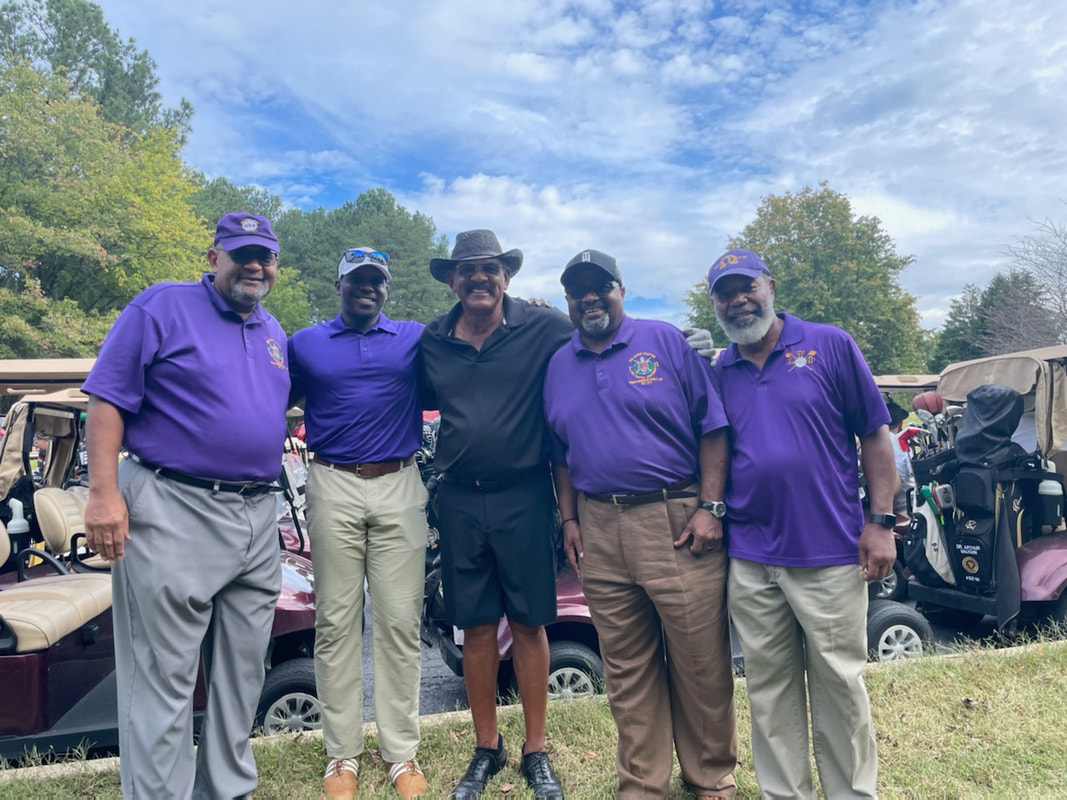 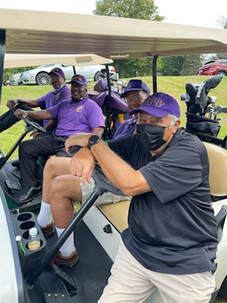 Gamma Pi Brothers at golf event
It is not everyday that you get to play in a local charity golf tournament and run up on a golfing legend. But a contingent of Brothers from Gamma Pi did just that recently during the 100 Black Men of America, Inc, tournament held on Monday, Oct. 4 at the Woodmore Country Club in Prince George's County, Md., where they met Jim Thorpe, an African American legend in the annals of the main PGA Tour. In addition to the Brothers pictured above, other participants from the chapter included Bros. Terry Rogers, Roland Penn, Marion Massey and Donald Herring. Thorpe, from Roxboro, N.C., near Durham, is a 1972 graduate of Morgan State University in Baltimore where he was a scholarship football player (running back).He turned pro as a golfer after graduating in 1972. Thorpe, now competing on the Champions Tour (seniors), won three PGA events in the mid-1980s and finished tied for 4th in the 1984 U.S. Open.

Or DONATE while you SHOP