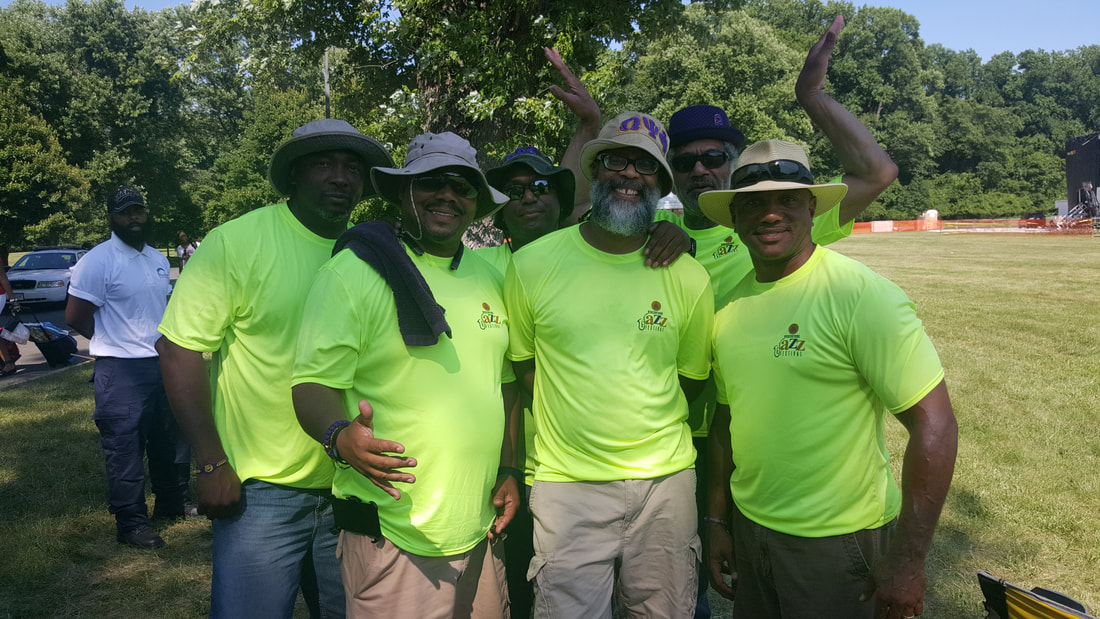 The men of Gamma Pi were out in force this weekend as working volunteer staff at the inaugural Woodson-Young Jazz Fest sponsored by local chapters of Omega Psi Phi Fraternity, Inc. Held on June 15-16, the concert, featuring numerous artists,  was a big hit at Fort Washington Park. Leading the way was 1990s hitmakers Tony! Toni! Tone! along with Silk, local jazz legend Marcus Johnson and Just's Friends, an All-Omega band popular on the regional entertainment circuit. Gamma Pi was well represented, judging by the Brothers in the photo above.

We've Got A Special New Event Coming for You in August : QUEPHORIA