The 81st Grand Conclave of Omega Psi Phi Fraternity, Inc. was one for the books, as they say. The Super Chapter made a great showing, with about 50 Brothers from the chapter trekking to New Orleans for the biennial meeting and "reunion" of Omega men all over the world. Brothers left their mark in several areas of Conclave operations, from handling Omega's business as official delegates to serving pivotal roles in the planning and performing end of several major social and entertainment events during Conclave week.  Brothers also attended the Conclave with the mission of rallying support for former chapter Basileus and Grand Keeper of Records & Seal Bro. Kenneth Rodgers, who ran a valiant campaign for First Vice Grand Basileus.

This Crazy Condition is Sweeping the DMV This Weekend. Do You Have it? QUEPHORIA 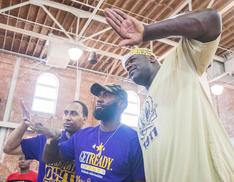 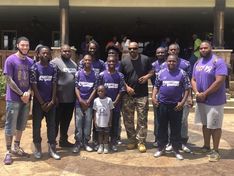